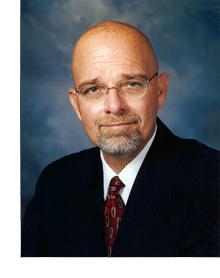 Jim Warford (Keynote Speaker)
Senior Advisor, International Center for Leadership in Education (ICLE)
Personal website: http://jimwarford.com/
Jim Warford is a courageous education leader who did not follow a traditional career path. His unique combination of educational, business, and creative experience allows him to translate his vision and passion for school improvement into well executed, systemic changes resulting in dramatic increases in student performance.
Jim currently serves as Senior Advisor and Keynote Speaker for the International Center for Leadership in Education, working with states, districts, and schools nationwide. Previous he was Executive Director of the Florida Association of School Administrators for five years, representing over 10,000 school leaders.
In early 2003, Jim was appointed as Florida’s first-ever Chancellor for public schools, where he was responsible for the $16 billion public school budget and for focusing every bureau within the Department of Education on the goal of raising student achievement. He created and implemented Florida’s Continuous Improvement Model used by the Assistance Plus program, the largest state intervention in low-performing schools in the nation, which resulted in over 80% of these schools moving off the list of failing schools. As Superintendent of the Marion County Public Schools, Jim implemented the Continuous Improvement Model district-wide. As a result, school grades went from three “F,” eight “D,” and only one “A” school in 1999 to 20 “A,” 16 “B,” and no “F” schools in 2003. Under his leadership the high school dropout rate was cut almost in half, and Marion County had the lowest elementary class size in Florida. Jim taught applied technology courses at the high school level for 17 years and created a Computer Graphics/Television Production program that won national and state awards. He was named Vanguard High School Teacher of the Year three times. Jim holds a Bachelor’s degree in Communication and a Master’s degree in Educational Leadership.
Powered by